Mikhail Reva, a well-known Ukrainian artist who, together with his wife Tatiana, his mother, and his mother-in-law had to flee the war, found a safe haven with a longtime friend in Rabac, Republic of Croatia (a country at the crossroads of Central and Southeastern Europe with a population around 4.2 million). Many years earlier, he made a unique desktop clock for Russian President Putin’s 50th birthday.

The clock was an official gift to Putin on behalf of Ukraine, but today Mr. Reva is adamant that the Russian president did not deserve it. The artist worked on it for six months, putting in not only long hours of hard work, but also his soul into the project. 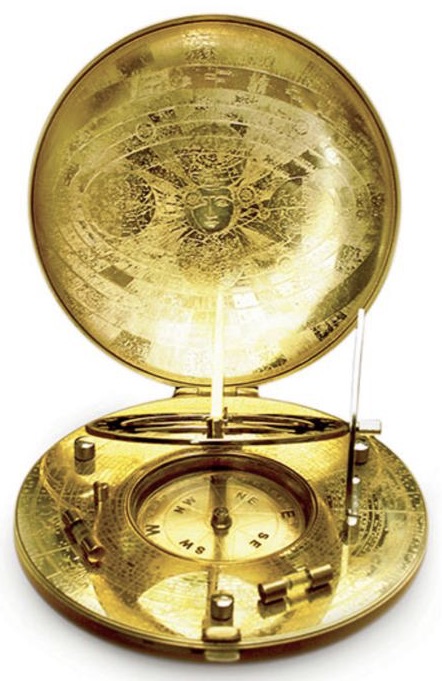 “At the request of the Administration of the President of Ukraine, I quite often made gifts to various celebrities and famous politicians. These were mostly meant to help Ukraine establish better relations with various individuals and countries,” Mikhail Reva said. Putin's folding desktop clock is made of gilded silver, and has a starry sky engraved with a quote from Immanuel Kant: "There are two things that elevate our soul - the starry sky above us and the moral law within us."

“As in all my works, I put my soul into it. The desktop clock is unique. However, times have changed and so did my opinion of Putin and now I say that he is not worthy of my artwork,” said the artist. He added that the meaning of Kant’s quote no longer applies to Putin. 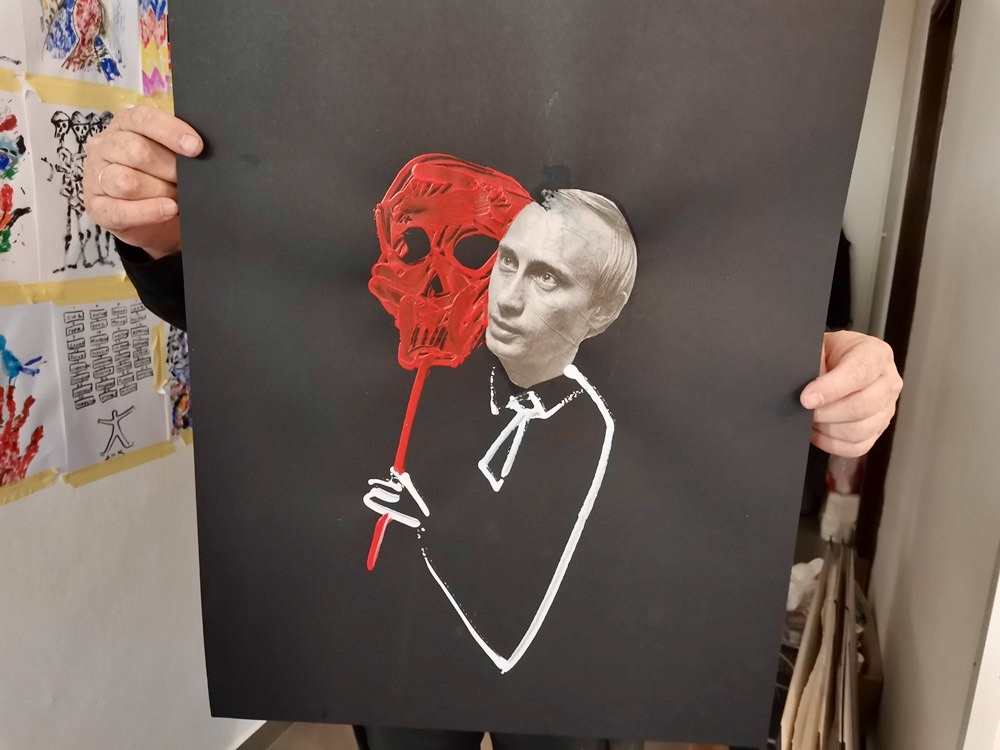 “He has become the epitome of evil. I did not meet him in person, but at the time I was told that he was deeply moved by the gift. When he was once asked in an interview what he kept on his desk, he replied that he had an Atlas of the Starry Sky. That was exactly the idea behind my work: time passes quickly, it’s fleeting while the universe is endless.” As Mr. Reva showed us a photo of the clock, he recalls that he also knows people who were close to Putin long ago, such as the former Russian Minister of Culture, the editor-in-chief of the famous OGONYOK magazine, and others.

Leaving his homeland and fleeing for Croatia was not easy for his family. “I traveled with my wife, my mother and mother-in-law and we managed to arrive in Rabac, Croatia on March 11th. We left Odessa a week earlier. We traveled through Moldova, Romania, and Serbia and covered more than 2,000 kilometers. A friend of ours drove us to Croatia and then returned to Moldova. We had to make frequent stops along the way to make it easier for my mother and mother-in-law to endure the journey,” Reva said.

Apart from documents and medications, they only took with them some clothing and a family photo album. His daughter Masha asked them to bring a device for removing cherry pits, which is like a family heirloom, made by Reva’s grandfather for his grandmother who used it to make cherry compote.

"It's family memorabilia that's safe now," the artist said sadly. Only two days after arriving in Istria, Mr. Reva celebrated his the 62nd birthday. Istria’s river peace and quiet are only interrupted by the sound of the sea and the whistling of the wind, which seems so odd for someone whose homeland is in the midst of a war, with explosions and gunfire. Mikhail is also an excellent architect and sculptor whose works adorn numerous locations in Odessa and other places worldwide. 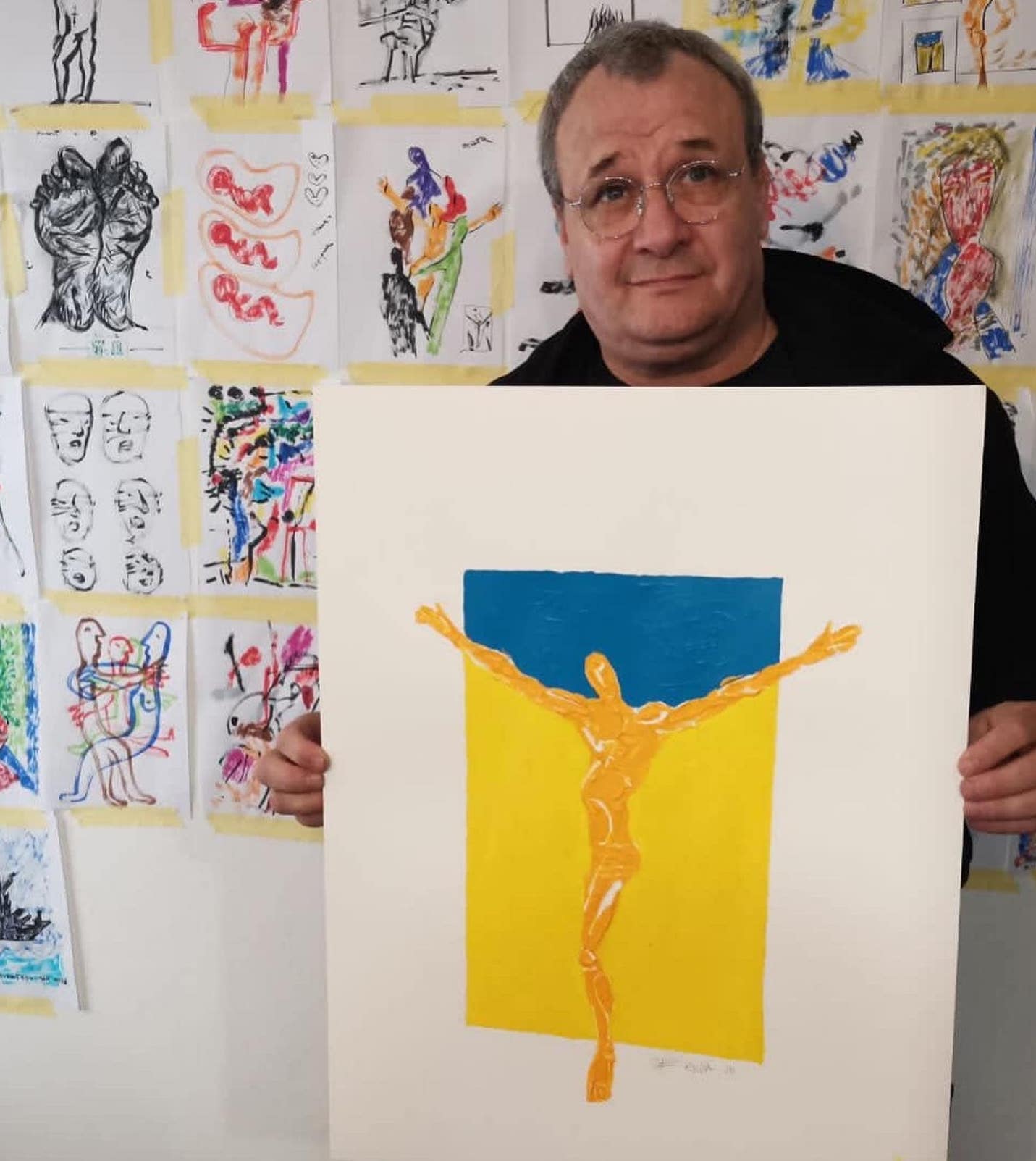 “I made a lot of sculptures that adorn the cities of Ukraine – its fountains and buildings. I also do book illustrations, book editing, painting, and make small sculptures. After arriving in Rabac town, I started working on my autobiography and art for a future exhibition,” Mikhail Reva said in the end.

Wire transfer from Europe (in Euro):