The Ukrainians are very determined to defeat the Russian aggressors. But for this, they need your support. 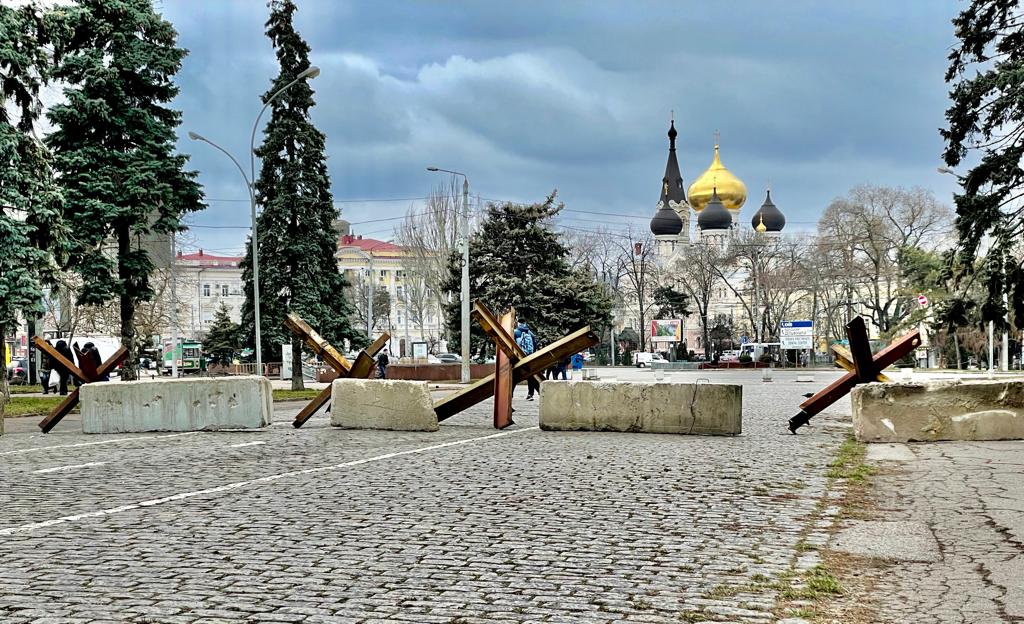 Martial law in Ukraine has been extended until April 25.

Many Odesans, despite the tense situation, remain in the city.
For example, an orphanage takes care of 90 children, including infants, and 18 of them have various forms of severe disability.
These kids need oxygen to survive, and they need breathing support systems. There are offers of help from abroad, who are ready to meet children only at the border. But these children cannot be taken out by train or car. And you can't leave them.

Of particular concern is the situation in the port city of Mariupol in southeastern Ukraine. The town was practically destroyed as a result of Russian aggression, and thousands of civilians were killed. There are constant street fights in the city. Many residents of Mariupol who were unable to evacuate are deprived of food, water, electricity, and medical care.

Every day Kharkiv and the region are under shelling - a hundred bombs and shells fall on the city. In the city, the occupiers destroyed almost 1,000 residential buildings in Kharkiv.

The capital is also under rocket attack. As a result of one of them, the new Retroville shopping center was destroyed, and windows in nearby residential buildings and cars parked nearby were damaged. Eight people died.

The war in Ukraine has had dire health consequences that will be felt for many years and even decades. Many hospitals, water supply, and sanitation systems have been destroyed in the country. The Russian aggressors have destroyed 40 medical facilities, resulting in doctors and patients having died or being injured and fired on emergency medical aid vehicles.
Many residents of Ukraine have lost medical care and medicines. People with cardiovascular disease, cancer, diabetes, HIV, and tuberculosis were at the most significant risk.

As we all follow developments in the news, you may be wondering what you can do to help.
Do you want to help Ukrainian civilians affected by the war?
The most affected cities and regions are surviving thanks to humanitarian activity.
Now on the Internet, there are many announcements about raising funds and things for people affected by the invasion of Russian troops in Ukraine. But often, there are no guarantees that money and humanitarian aid will reach those who need them.

REVA Foundation is worth trusting!
REVA Foundation Limited (USA) is a non-profit organization founded in 2006 by the famous Odessa designer and sculptor Mikhail Reva https://en.wikipedia.org/wiki/Mikhail_Reva. T

he Foundation helps people right now in the war zone in Ukraine, including Odessa residents.

The organization works honestly and transparently.

Each of your donations, each dollar transferred to the organization, will restore the infrastructure necessary for life and provide medicines, protective equipment, food, clothing, and hygiene products.

Your donations and contributions to the Reva Foundation are tax-deductible.

The Ukrainians are very determined to defeat the Russian aggressors. But for this, they need your support.
The result for everyone who donates funds is a significant contribution to saving lives and supporting those who need help.
Together we can do our best to help people in Ukraine.

REVA Foundation offers those who wish to help Ukraine a straightforward and understandable scheme:

You can pay directly to the supplier for a specific product and get a full report of where the goods were delivered and how they were distributed.
OR
Transfer to REVA FOUNDATION account and receive a report on the delivery and distribution of cargo + Tax credit

Wire transfer from USA (in USD):

Wire transfer from Europe (in EURO):